Many students find Writing Task 1 to be quite intimidating and scary. Of course, there are many reasons for this, ranging from the academic nature of the report to not being confident about understanding what the diagram or chart is showing. To help give you some more confidence and thus raise your abilities (and score), here are a few of the most common mistakes on Writing Task 1 to avoid making.

One of the easiest mistakes to avoid making in Writing Task 1 is to make sure you don’t offer your opinions on why the data from the diagram or graph is what it is. This is called speculation. For example, if you’re writing a report about a graph that shows how the percentage of use of different methods of transportation in some city changed over time (maybe 1995 and 2015), stating that you think that “these changes are the result of economic development” is not relevant to the task. Task 1 simply asks you to write what the diagram shows, not why.

Personal pronouns (I, you, he, she, we, they, us, mine…) should never be used in Writing Task 1. Writing Task 1 is an academic report, which means that the use of personal pronouns is too informal and inappropriate. Some of these pronouns may seem more difficult to avoid than others, but some useful phrases can help us to not have to use them. Many students write something like:

“As we can see from the graph…”

But this can be replaced with the phrase:

“As can be seen from the graph…”

Simple changes like this will help you avoid using personal pronouns, and avoid losing points unnecessarily.

3. Mistakes with Units of Measurement:

It is extremely important to take careful note of what your diagram is actually measuring or showing so that you can paraphrase accurately and effectively. Take the time to really understand what the chart or diagram is showing you so that you don’t make a mistake.

It is also important to make sure that you change the form of the unit of measurement if necessary to make a grammatically correct (and logical) sentence. For example, if we take the earlier idea about different types of transport, we can imagine that the graph could say: Car, Bike, Train, Bus. Many students would be tempted to just write:

But, even though the graph says “bike”, we should change it to something grammatically correct and logical. For example:

These statements are now grammatically correct, and also logical. Be careful when you’re writing and paraphrasing the units of measurement to be sure you don’t make this mistake. 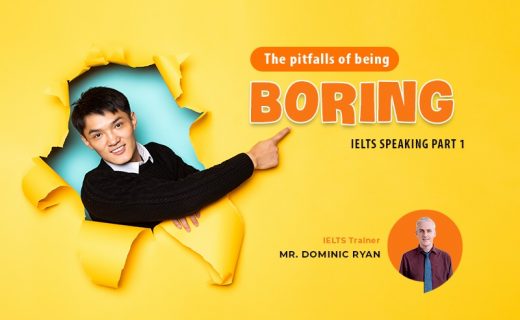